The Problem With Autumn…

Sorry to have been away so long! 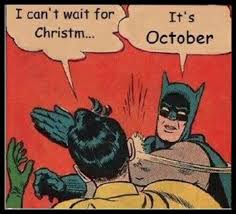 The past couple of months have been taken up partly by a break from work over the summer (although it was a bit of a busman’s holiday this year, as it involved accompanying my husband to festivals for a lot of the summer) and before that – by a huge show that my community choirs were asked to do for the BBC – “Green Fields Beyond”.

We’re now back after the summer break and feeling a little shell-shocked.  I had decided to take things a bit easy, but no sooner was I back from holiday than the phone started ringing with requests for us to sing.  We can’t do everything – everyone has other commitments as well – but the last quarter of the year is a problematical one for choir leaders and singers.

Problem 2: People booking events in November want a whole different programme of music.  Non-Christmassy music.  I’m currently working towards a charity event in late November with a very varied programme – a Celtic hymn of blessing, a Gary Barlow number and some Enya.  Only one of these is something in our standard repertoire, and the Enya is a reasonably complicated piece.  We’re also starting working on material for a themed show next year.  That’s a LOT of pieces of music to fulfill everything around December.  But come December, all we’ll be singing is Hymns Ancient and Modern and Nat King Cole, I guarantee it…

Basically, people don’t understand that in order to produce a programme of themed music (whatever the theme is: Christmas, Show tunes, 70’s hits or anything else) requires a whole lot of work from the choir director (repeatedly clicking “Buy Now” on the sheetmusic.com site…) and even more from the singers.  Considering that the average choir meets for a couple of hours once a week or so, that’s a big ask.

There’s also the question as to how the singers consider their time within the choir itself.  Are they there to sing in the moment, or are they there to practice singing for a performance in a few week/month’s time?  If there are a variety of opinions, which opinion takes precedence?

Personally, I’m of the opinion that a little bit of thought and consideration can go a very long way, as can performing out-of-season songs, and making it clear that a specialised programme is a long-term commitment and not something that people can just pull out of the air as if by magic…  That’s certainly the way I’m taking it.  It looks likely that our Christmas programme will feature “May It Be” by Enya, alongside “White Christmas” though…

Hi! My name is Annie Griffith, and I'm a Community Music Practitioner working in Lincolnshire. My Community Music Programme is aimed at getting more people involved in making their own music, rather than simply passively experiencing it as a listener. Towards this end, I put on free singing workshops, runs a variety of community and workplace choirs, as well as organising concerts, group sings and concert dates throughout the year. Feel free to contact me at annie@anniegriffith.co.uk to find out more about what is happening with Community Music in Lincolnshire!