Sing What You Love… 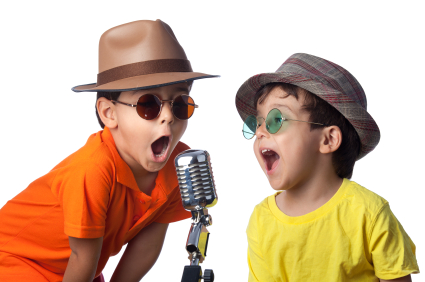 I have been lucky enough to  be asked to take part in a mentoring scheme for new singing leaders in my area.  This involves going out, meeting the leaders, watching them teach and chatting with their singers to find out how they are doing and whether there are any areas that can be improved or worked upon.

That all sounds very posh and important and as though I am standing there with a clipboard, marking them all out of ten.  In reality, what I got to do on Tuesday night was to go and meet a lot of delightful young singers, learn some new songs and chat about leading singing – one of my favourite things to do ever.

The young people in question were lucky to be presented with a wide variety of  different material to learn – they had rounds, campfire songs, action songs and modern material.  As with the vast majority of younger people, it is pretty difficult for them to hide what they thought about the various songs that they sang, and I found that really interesting.

They responded really well to very simple call and response songs – usually in thirds (if you sing the notes of a scale – do-re-mi-fa-so-la-ti-do – singing a third would be like singing “mi-so”).  The 20th century music educator, Zoltan Kodaly, had a LOT to say about the importance of singing in simple thirds with young people.  He was of the opinion that the third is the first musical interval we hear, because it is how our mothers call us in that sing song way tht all mothers seem to default to – “Geo-orge!” (usually with the voice falling to the “mi” note on the second half of the name).  We are hardwired to sing it to our children (most nursery rhymes use it – “Seesaw, Margery Daw…” and to respond to it as children ourselves.

I watched a roomful of 7-10 year olds loving working with that most comforting of note ranges and making a glorious sound whilst they did it.  Kodaly hit that one right on the head, I think.

But even more than the simplest of intervals, they responded to modern pop songs.

I know that a lot of choir leaders bristle at modern pop songs – the bubblegum of music (no nutritional value, gets stuck to everything and mostly appeals to children who don’t know better…), but I kind of like them.  Depending on the songs that you choose, they can be just as challenging and enjoyable as older, more classical repertoire, and for some people, vastly more so.  The key is singing what they want to, a choir – any choir at all – should be a democracy, not a tyranny.  When people enjoy what they sing, their voices blend better, their oxytocinon levels rise, leading to feelings of happiness, wellbeing and friendship.  Of course, singing something that you are not immediately sure about can be a challenge and the ability to divorce your immediate feeling of dislike from the material and look at it dispassionately is most definitely a skill worth developing.

But don’t be afraid to sing the old favourites.  Don’t be snobbish about music – if people enjoy singing something, then it is a good song, regardless of everything else.

Back on the Horse…

Confessions of a Choir Leader

Hi! My name is Annie Griffith, and I'm a Community Music Practitioner working in Lincolnshire. My Community Music Programme is aimed at getting more people involved in making their own music, rather than simply passively experiencing it as a listener. Towards this end, I put on free singing workshops, run a variety of community and workplace choirs, as well as organising concerts, group sings and concert dates throughout the year. Feel free to contact me at annie@anniegriffith.co.uk to find out more about what is happening with Community Music in Lincolnshire!